S   &   S Promotions and Up Close And Personal PRESENTED a stellar concert Wednesday, August 16th, at the fantastic Rockpile Bar and Nightclub, located at 5555 Dundas St West in Etobicoke.  Visit www.therockpile.ca where you can Stay in Tune for your favorite concert listings or karaoke & are you hungry?  Stop in and grab a scrumptious meal and a refreshing bevy at The Rockpile.

Kicking the night into high gear with Vinyl Ambush 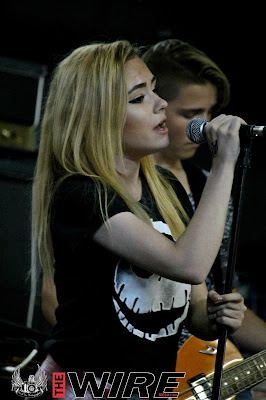 who are a teen collective ranging from 15-19, I wasn’t quite sure what to expect. The 1st chord struck and that magical first vocal lick, I was sold. I literally stopped what I was doing with my camera and sat intensely in a state of wonderment. Belle Matthews voice was comparative to Avril Lavigne; everyone knows I adore Avril, thus intriguing me even more. Their combined measurement of rock & punky metal totally blew the room away! Such thunderously impressive talent brought forward by 15-year-old bassist Corwin Bjelic, 19-year-old percussionist Jack Laing. Infusing the colored foundations for this act was 18-year-old lead guitarist Anthony Borges Caetanois and Pedro Alvarado who rounded out the shredding guitar departments. Awe inspiring to hear 100% all original material with pop punk ‘Talk Sick’ and ‘Sweet Tongues’ right into a metal soaked ‘Dizzy’ and ‘Curiosity.’ 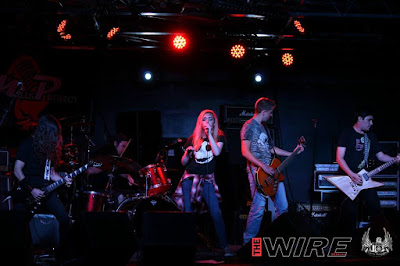 Check out the Space Channel-Dark Matter Series, as their indie charted hit

‘Let It Rain’ appears on the show.  Stay in Tune
at https://vinylambush.wixsite.com/vinylambush

One in the Chamber 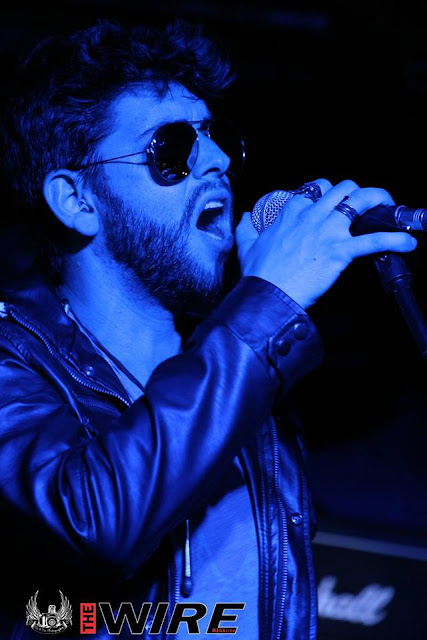 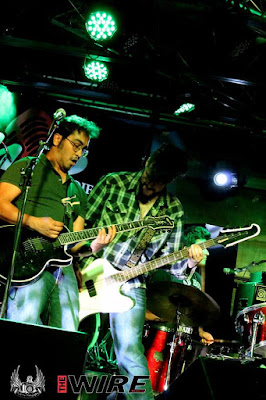 is a Toronto based modern hard rock band with some funk, soul, grunge and metal tones. Vocals are the deep & passionate work of Mike Biase, ripping guitar of Cecil Eugene, the thick thumping action of bassist Christian Dotto & rounding out their unique gritty rock sound with the monstrous stick action of drummer Gerrod Harris. This act is so creative, I was riding in a time machine throughout their set. Not one song sounded alike & each song totally took you to a different era. From a punky hard rock adventure called ‘Stage Lights’ to a Pearl Jam, Sound Garden meets Georgia Satellites with a wee bit of the Bay City Rollers & Led Zeppelin overtones at times.  Stay in sync with their activities at  https://www.oitcband.com 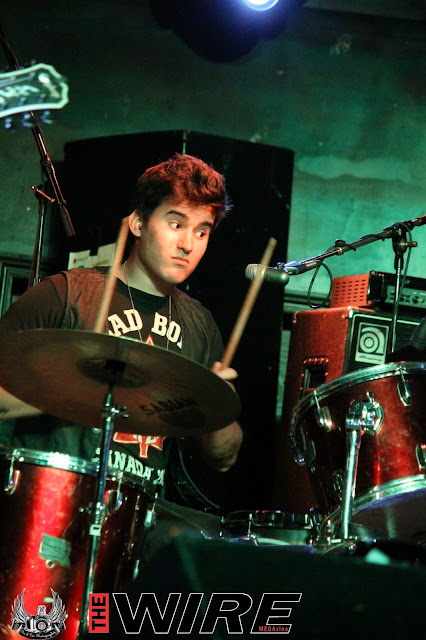 is a tight sounding cover act, that enjoys performing solid rock and roll. They mixed it up by combining their versions of ‘Living After Midnight’ by Judest Priest, ‘I Hate Myself for Loving You’ by Joan Jet, to Neil Young’s ‘Rockin’ in The Free-World.’  You name it, they nailed it, from The Doobie Brothers to an emotional tune, ‘Alone Again’ by 80’s hair metal band DOKKEN.  Their version of  Toronto’s 1982 song ‘Your Daddy Don’t Know,’ was killer, which Monique dedicated to DARBY MILLS. 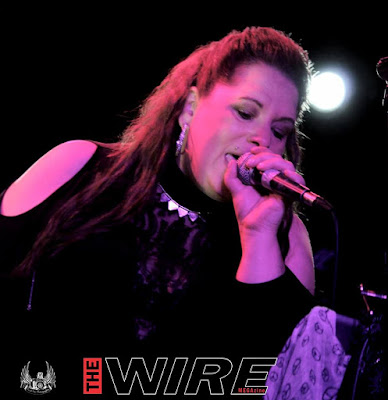 Monique’s brilliant vocals showcased her extreme ranges and unique tones, which blended nicely with the refined guitar rhythm of Andy William who added a rich complexity to Steve Travis’s shredding leads & rounding out their brawny and thunderous sounds was bassist Wally Norton and percussionist Barry Vesh. 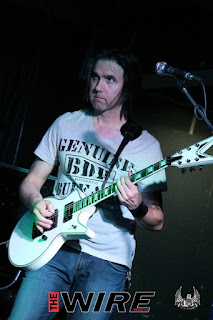 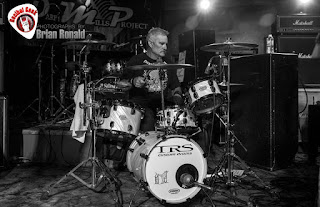 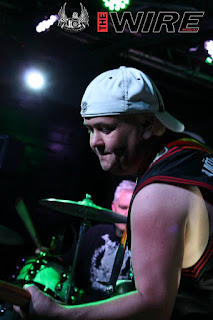 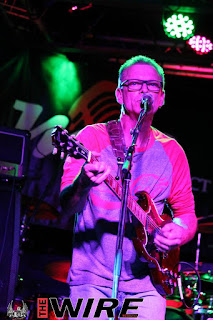 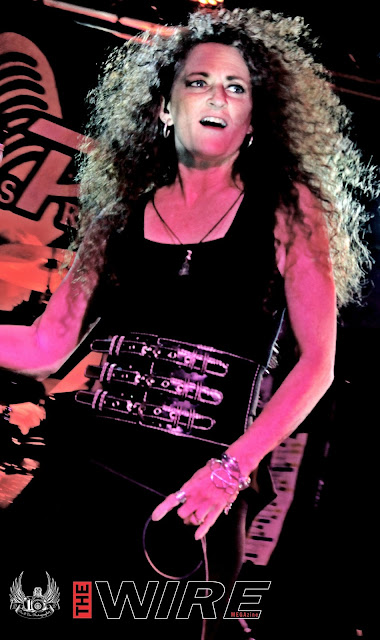 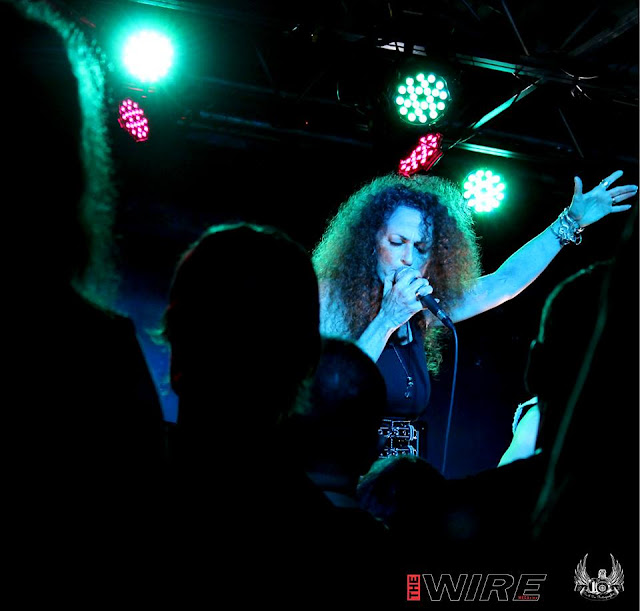 She has kept her vocal chords in phenomenal shape, still possesses that raspy lyrical mezzo/contralto combination ramping from mid-low range to those beautifully strong and mighty powerful high notes reaching stratospheric proportions! Darby put together a strong lineup of musicians who have worked their tales off for years and years and years.  Darby stated, she was proud to showcase her 4 talented instrumentalists, “drummer/vocalist Ed Cliffe, bassist Ricky Renouf who is a lead vocalist in his own right, guitarist/vocalist Randy Gabel is so gifted & I have a solid keyboardist Doug Rasmussen.”

“These talents have ridden beside me the last year and a half, against so many odds.  I am so grateful that they came to mind and rallied to be a wonderful team, it’s a pleasure to me, our story is wonderful,” stated Darby Mills. 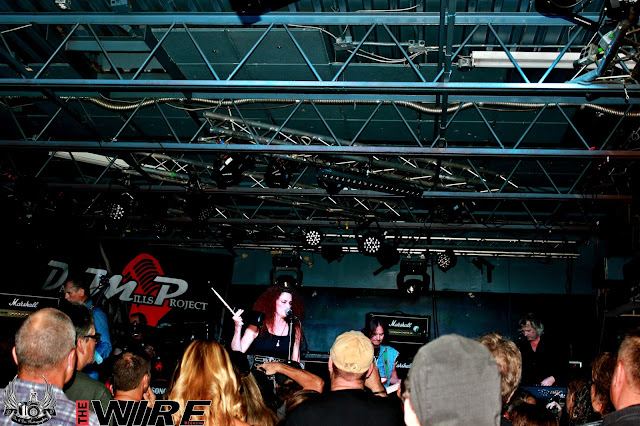 They took us on a roller coaster ride thru Darby’s rock n roll career, with classic Headpins hits ‘Don’t It Make You Feel’ and ‘Turn It Loud’ (1982 Turn It Loud), ‘Just One More Time’ & ‘Feel It’ (1983 Line of Fire) & ‘Staying All Night’ (1985).  She showcased her original hits like ‘Want It,’ ‘Run,’ ‘Hot Water,’ ‘Cry To Me,’ ‘Bad Bad Boy’ with her recent release ‘Monkey,’ all these fantastic hard rock songs were remastered from her 1991 Darby Mills and The Unsung Heroes – ‘Never Look Back’ Album now entitled ‘Flying Solo.’ 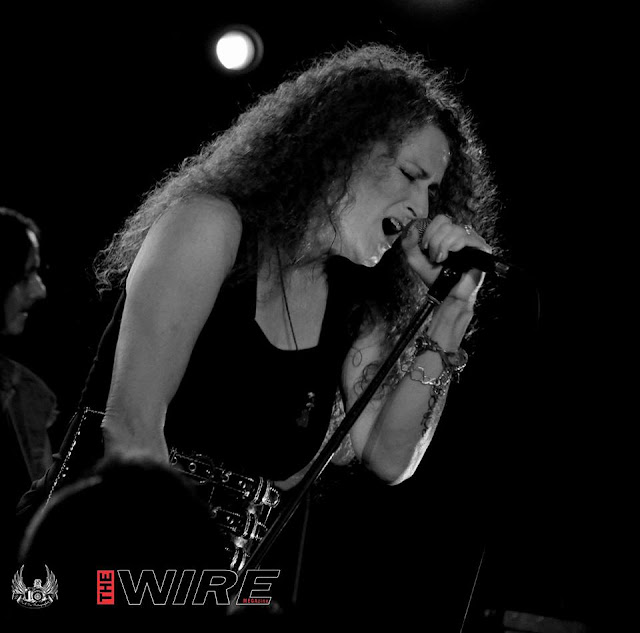 Priceless moments for me was witnessing her pay homage to 3 wonderful women in music history, that she admired and who were instrumental in creating her voice. 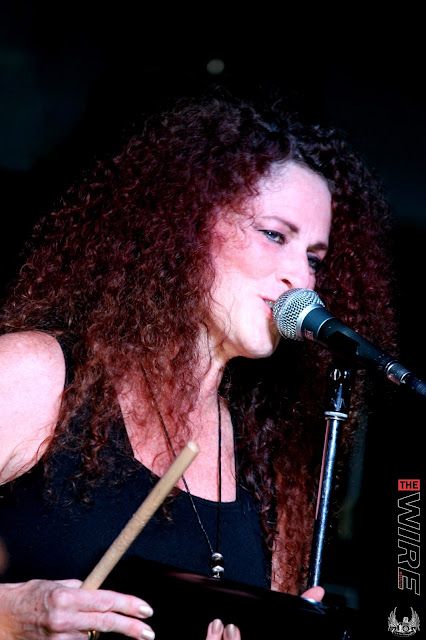 Darby passionately perfected Janis Joplin’s ‘Another Little Piece of My Heart,’ Kiki Dee’s 1974 hit ‘I Got the Music In Me’ right into Carol King’s song that Aretha Franklin made famous (You Make Me Feel Like a) ‘Natural Woman’ thus proving Darby is a versatile performer that has different arrows within her quiver to work with. The encore caught me by surprise, a powerful ending, with a Nazareth cover, ‘Now Your Messing With’ (Son of a Bitch.)   Age has no bearing on talent and nearing  58, Darby Mills is proving it can be done.

When music is your soul, your breath, and your life, there is no way anyone can stop you from following your heart’s passion~MUSIC! 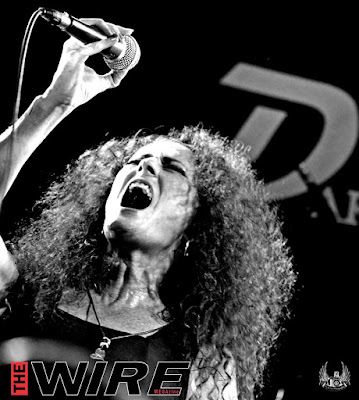 Over all, Darby Mills Project truly put forth an awe inspiring concert.

Hurry don’t delay scoot on over to their website at http://www.darbymills.com and pick up a ticket to future shows in a town nearest you. 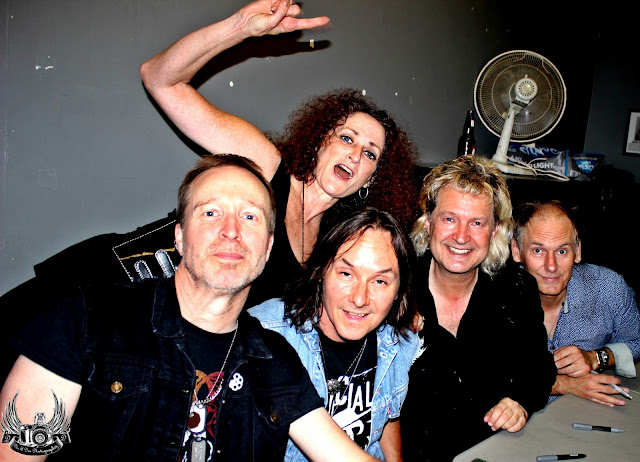