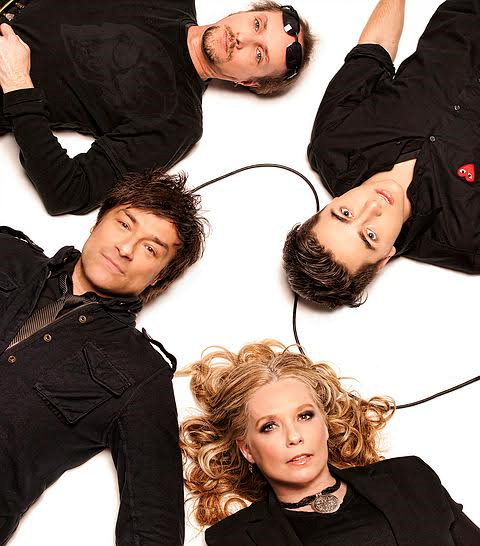 It was my distinct honor to be chatting with award winning Alternative Canadian Walk of Fame Inductees, Juno nominees, founding members and pioneers of the Canadian synth pop new wave era, welcome Gord Deppe and Sandy Horne of the SPOONS.

I am excited and a tad nervous to interview you both, as you were and still are strong influences of mine.

Q-1) DEB:   Early in your career you were influenced greatly by the British music movement.  What or whom would you say influences your music and writing today?

A)GORD:  “Sandy and I were writing self indulgent, non-mainstream type songs in our band prior to the SPOONS, a group called TRYST. We’ve always gravitated towards the British sound. Growing up, I liked progressive rock like Genesis, during the 80s bands like Ultravox and OMD and then, after the 80’s ended, Oasis and the Verve. Those two bands are still high on the list, as well as the Prodigy and Coldplay. But don’t get me wrong, there are plenty of American bands I love; Red Hot Chili Peppers, Death Cab For Cutie, the list goes on.”

A) SANDY: “We listen to all the new stuff that is coming out, but are still honoring our old sound by using drum machines and so forth in our writing.  We still sound like ourselves but have modernized to some degree. For example, we’ve done a remix of Nova Heart that we play live; a kind of dub step/dance version that’s a lot of fun to play.”

DEB:So, it’s like you placed your finger on the pause button & the sound never really changed over the years, except with a little tweaking here and there?

Q-2) DEB: In the music industry now 37 years, did you ever imagine your career would unfold as it did ? Also, did you ever think your songs would have influenced the world as they did?

A) GORD:”It was surprising, in many ways. We were lucky to be part of the 80s. There was nothing like it; it was a fun and crazy time, kind of like 10 years of Halloween!  We can laugh about the hair and clothes we wore, it was all part of that era, but we’re very proud of the music that came out of it.”

A) SANDY: “First of all, I didn’t think we would last as long as we did.  Now I hope to last as long as the Rolling Stones!  It’s a wonderful surprise that we are still able to be out there and appreciate it.  Especially now, with the retro 80’s movement resurgence, as the new generation is discovering us, it’s getting a whole new life, so it’s very exciting.  I never would have thought we would have lasted this long. Sure, maybe our songs would get played occasionally on the radio. Instead, our songs are being played a lot right now, it’s awesome.”

Q-3) DEB: You toured with some of the world’s notable names in music history, with legends like Culture Club, Police, Survivor, Simple Minds and Human League just to name a few. What was the best advice you were given about the ins and outs of the music industry back in the day?

A) GORD: “We were just kids back then; we were oblivious to it all.  We were naive and didn’t take it too seriously. One minute we’re in a small bar and the next we’re in front of 60,000 people at the Police Picnic. We were just along for the ride. Best advice; keep that innocence and stay unique. No one told us that. That’s just the way we are. I think we’ve pretty well stayed the same over all these years.

A) SANDY: “Best advice would be to stay humble and be yourself.  Don’t try to be anything other than what you are, you know.  A lot of artists will try to be like other artists and so forth. One thing we have always done is try and stay humble and human, because the industry can make you, as an artist, very crazy!”

A) GORD: “Nova Heart.  It hit an unexpected nerve with people.  It reached TOP 10 in the day where Queen, Led Zeppelin and The Who were going strong on the same charts.  How is that possible? A little song with drum machines and synthesizers! I never get tired of playing that song.”

A) SANDY: “My favourite to co-write would be Old Emotions. Gord had a verse and chorus, but didn’t have the link and I came up with a riff. As for recording, every album has been a lot of fun to make.  Vertigo Tango was done in Monmouth, Wales at Rockfield Studios; we were at Airs Studios in London, England doing Arias and Symphonies.  We met people from Duran Duran, Japan and got to meet Sir George Martin. Recording and shooting videos was always a lot of fun.  I don’t know if I can actually pick just one song.  Live, the most fun, besides the new Nova Heart dub step is Romantic Traffic, where we get the audience to sing the “do do do dos” back to us.”

DEB: That must make your heart thump large to know your fans felt your songs, love your songs and know the words and sing along.

SANDY: “Yes. It is really nice when fans come up and say; my husband and I met at your concert and we are still married or I met my first love at one of your shows. You know, that kind of thing.  When I was younger, a song would leave a feeling and impressions. You would remember a place, a smell and all those things. I don’t know if music today has that same affect on the youth.”

Q-5) DEB: What do you believe was your claim to fame and your secret to longevity?

A) GORD: “We’ve stayed the same people we’ve always been.  And we are as happy to see our fans as they are to see us!  It’s like a reunion of sorts, definitely not a chore. I love to meet our fans and to hear their stories on how our music affected their lives; how it brought relationships together, helped them through difficult times growing up. It’s makes poetry of our lives.”

A) SANDY: “I think we were just fortunate, in the right place at the right time and to have the opportunity to share our music with as many people as possible.  We have longevity because we continue to believe in ourselves and our fans still believe in us. Without our fans, our listeners, we wouldn’t be out there.  Gord and I are really good friends and performance partners.  We started out in high school as boyfriend and girlfriend but, in the end, just love performing live together.”

Q-6) DEB: CONGRATS Gord on your autobiography SPOONFED, which is available at Chapters and Indigo and has become a #1 best seller on Amazon in it’s genre. Was this a lengthy process?

A) GORD: “Yes, very hard, but the 80’s were full of great stories. Some really dark, ridiculous and happy things happened. I put them all together and it all made sense and added up to something.  It began with our label putting out a Best of Album in ‘95 and asking me to write the liner notes.  Our fans loved it and wanted more.  One story which would trigger another one and another one and so on. “

Q-7) DEB: Gord are you still playing with your rock trio ‘Lost Boys’ ?

A) GORD: ” Not so much. I have been busier doing acoustic shows, which was strange at first, having been raised on loud amps, electric guitars and synthesizers! Now I love it.  I give song-writing classes and have spoken at colleges about writing in general. I also do motivational speaking at public schools about anti-bullying, self-esteem and how to follow your dreams.  It’s great to find things later in life outside your comfort zone that make you stronger at the end. “

Q-8) DEB: What was it like personally to know that your GOLD Album- Arias and Symphonies, was 1 of the top 20 influential albums of the 80’s?

A)  SANDY:” It’s awesome, not realizing that we would influence the structure of music.  In a big way, it came from our producer John Punter. He introduced the drum machine and his way of mixing and producing kind of created our sound.  Prior to that we had our own sound but, it wasn’t as distinct as what he managed to give us.  Once we had that sound we latched onto it.  To know that our music is used in schools to learn about electronic music shows that our music will be probably still be out there long after we’re gone. “

Q-9) DEB: What was it like Sandy, to be the top female electric bassist, especially in a predominantly male regarded industry?

A) SANDY: ” It had it’s ups and downs in the beginning because I was considered token.  Nobody thought I was actually playing my parts because it was a male dominated instrument but, fortunately, I influenced people.  Some bass players would say, if it wasn’t for you, I wouldn’t have picked up the bass. I heard that from males and females, so it’s really nice. But it took a while; many concerts and many performances for people to go, ” Oh ya, she can play!”

Q-10) DEB: Sandy, are you still performing with Shannon Thunderbird?

A)vSANDY: ” Yes I am, we are still working in schools, doing business conferences and other productions. It’s  a lot of fun, because I get to work with very young kids and wake them up to the sound of First Nations music with appreciation and understanding. “

DEB: How long have you worked with Shannon?

SANDY: ” I started out in schools as her helper 14 years ago. It’s a lot of fun.  I get to do skits and dress up as “Raven”, a cultural hero in the west coast Tsimshian People. And I get to do the Raven Rap, as we call it; so much fun with the kids.”

DEB: Is there a photo of you dressed as Raven?

SANDY: ” Should be one on www.shannonthunderbird.com “

Q-11) DEB: Looking back on the launch of music videos and your contribution to being one of the first to kick off the 1st episode of Much Music, which changed the face of music TV in Canada.  ”COMING UP WE HAVE BRAND NEW VIDEOS FROM DURAN DURAN, HOWARD JONES & SPOONS. “ What was that feeling like to be considered along side music Icons that influenced you from the British musical movement?

A) GORD: “We felt honoured, but right at home at the same time. The Nova Heart video was like no other video out there. Overnight, everyone knew who the Spoons were.

Q-12) DEB: What can we, the nearly sold out crowd, expect at your September 24th 8PM performance at Brampton’s Premiere Dinner show at SPOT 1 Music Hall, at 289 Rutherford Road South? Also, I hear Much Music’s Michael  Williams is your MC and you have ‘Notorious’ Duran Duran Tribute on bill as well.

A) GORD: “It will be one of the last up close and personal shows.  We will be focusing mostly on festivals, casinos and theatre type performances after that.  We will play all the favourites but, since it’s the 30th anniversary of Bridges Over Boarders, we will do a few more songs from that album.”

A) SANDY: ” We always have a good time with Michael; he’s a good friend of ours.  We will be playing requests for sure and all the hits, and maybe new songs that we haven’t performed much live yet. Lots of fun. “

Thanks  so much for your time Gord and Sandy, and I look forward to seeing you perform for the very 1st time September 24th at 8pm.  Stay connected at www.spoonsmusic.com  and pick up a copy of SPOONFED at Chapters and Indigo. 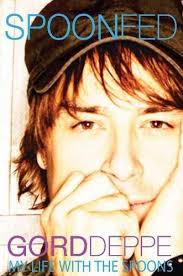 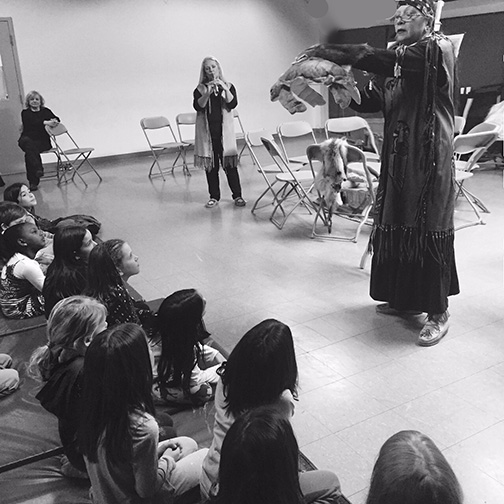 THIS SHOW WILL SELL OUT BY SHOWTIME.HURRY DON’T DELAY