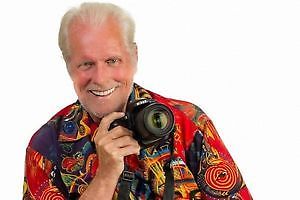 For the past 57 years, Oshawa born photographer, John Rowlands, has been one of the best kept secrets in the music business.  Over the years he has been commissioned to take photos of popular music personalities and other celebrities, by their record labels, management or the press.  Rowlands has traveled the world and accomplished things many photographers could only dream of. Through it all he has amassed a unique collection of negatives, slides and digital files all the while becoming known as a Photographer to the Stars.   It began in Ottawa on September 26, 1960 when Rowlands’ ‘hobby’ turned into a ‘career’ in the blink of an eye and the zap of a flash bulb!  At 13, he’d bought a ticket to popular singer Brenda Lee’s touring road show, and knew as a fan, that the only chance he’d have in taking her home was on the film in his camera. Shooting a full roll of film of the show, he met her, chatted with her backstage, carried her suitcase to her station wagon, and got an autograph, her address in Nashville and a kiss on the cheek!  Without knowing it, his life changed on that day. Two weeks later after mailing the snapshots to Nashville, he received a call from her manager who requested the negatives.  John forwarded them. Three weeks later the mail contained his first photographic pay cheque of $35.  Soon, thereafter, he was photographing Sam Cooke.  As time passed the offers became more frequent and contained substantial increases in compensation. By 1963 Rowlands was known by several working editors of International fan magazines.  SIXTEEN magazine, in New York City had become his first steady account.  By the eleventh grade, he was earning $80 an 8×10 and banked more than $10,000.  At sixteen he approached Capitol Records who had just signed an Ottawa band, The Esquires, and showed them photos he’d done of them before they signed with the label.  This venture brought forth a career shift and a key to the door of the record industry was at hand!

DEB:   ” John at 18, you toured with The Dave Clark Five, The Rolling Stones and The Beatles.  Who were these stars off stage? ”

JOHN: ” One of the first things I learned about working with well-known entertainers was they are, for the most part, just like you and me but with different jobs; in this case, writers, players and performers. As high odds winners in having hit records their pay scale is obviously higher than the average person’s 9 to 5 day job. ”

DEB:    ” Where have you traveled in your extensive career?”

JOHN:  ” Around the world in bits and pieces probably 9 times. Coast to coast in Canada, 44 States in the U.S, Europe, the U.K., Mexico, Cuba, Venezuela, and Brazil. I tried keeping track 40 years ago with journals and day to day diaries but, that didn’t last long.”

DEB:      ” Also, is there a location you haven’t traveled too and an artist you would like to

photograph that you haven’t yet? ”

JOHN:    ” I’d like to shoot in China with its history and differences in culture. In many ways it is still a mysterious place.  Add a band like the Hollywood Vampires and the shoot will reach out to the rest of the world. ”

JOHN:     “The Beatles at a Press Conference in 1965, where I was shooting freelance Capitol Records Canada.  I had just met George backstage between shows and when I came to shoot a group shot of them in a straight line, I didn’t think it had the impact I wanted and I asked George to ask John to stand and he pulled together a tighter shot of the four of them.  Once it took shape, he looked right into my camera and the shot was perfect in the way I wanted it to be.” 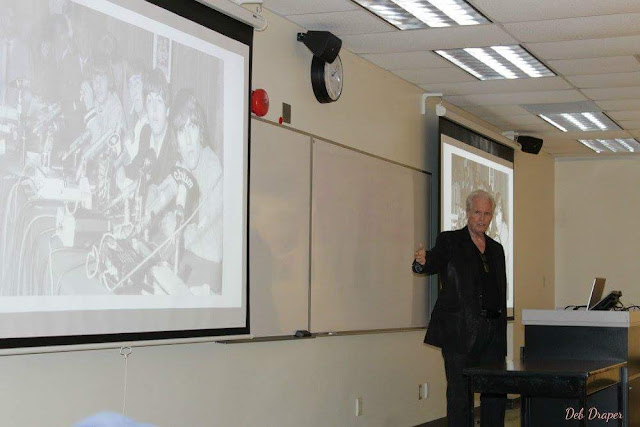 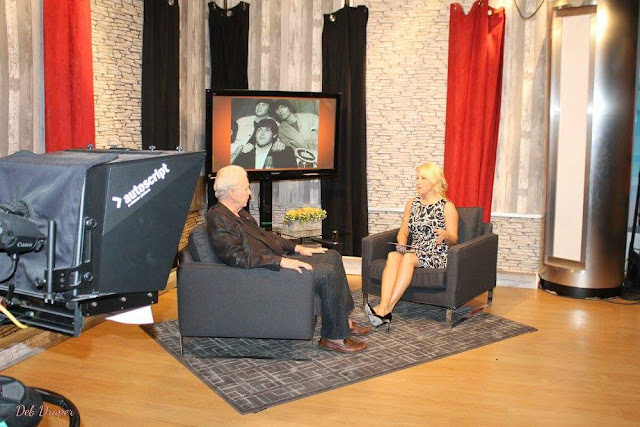 DEB:        “You studied photography at Ryerson University, missing a lot of classes as you toured North America with close friend Conway Twitty.   Here is a short list of entertainers that Rowlands has had in his viewfinder:  David Bowie, Elvis, The Beatles, The Rolling Stones, Frankie Avalon, Annette Funicello, Jimi Hendrix, Bob Marley, Slash, Alice Cooper, Sting, Michael Jackson, KISS, Willie Nelson, Dylan and Springsteen, to name a few.  His website can embellish those mentioned at www.rocknrowlands.com ” 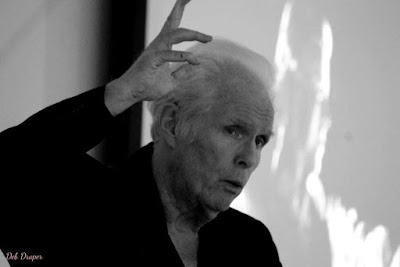 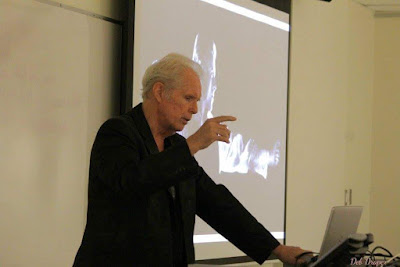 JOHN:         “Ed Preston, the President of RCA Canada first hired me for some shots of Elvis he wanted for the wall behind his desk in Toronto. When visiting American RCA ELVIS DIVISION executives saw Ed’s Elvis shots I got a call from New York and invited to photograph Elvis for RCA U.S. The assignment lasted over a span of 4 years with 48 shows around America. The job was a “buy out”……I signed a contract that everything I shot was owned and controlled by RCA, the way Colonel Tom Parker wanted it . I gave up the copyright and the licensing rights and passed on the ownership. Compensation for these rights boosted my day rate from $2,500 a day $5,000.  After my touring was over I did a TV show in the U.S for Colonel Tom, talking about photographing Elvis on the road.  On that occasion I mentioned “It’s too bad I don’t have any shots of Elvis for my portfolio just to prove to people that I did work with him. Tom replied, “John, I’m going to talk to my people and we’ll work something out.”  He returned 30 images from our deal with full copyright. A gift.  It is the same with David Bowie and “The Archer” I own copyright and the estate owns the licensing.   The current TWITTER campaign that I am involved in now exists with the same rights structure.” 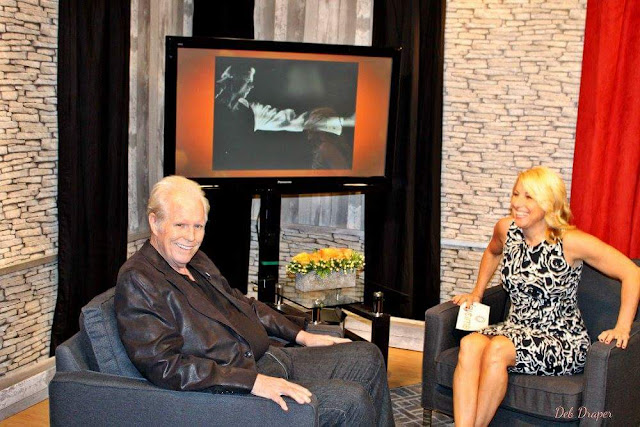 JOHN:      “Those days it was a film camera and professionally I started using a knock off to the Rolleiflex camera called a Yashica D.  A twin lens reflex with a cover on the top to look down into a mirror that went through a separate lens above the picture taking lens.   After 3 years of using that I saved up enough money, $850 to buy my  1st Hasselblad, from  Toronto Camera Exchange on Yonge Street.  I used those cameras until 2004 and still have my last Hasselblad.  All good memories, but in the early 2000’s no client of mine could afford the proofing let alone the final colour prints for the average job.  I switched to Nikon digital in 2004 – Love it. ”

DEB:        “You are recognized as one who is passionate about charities.  Which do you generally focus on?”

JOHN:     ” I see it as some of the things that I have accomplished with my photographic career and I can help then it becomes Rock n Roll pays back.  If I can help a young person that needs a hand and I can use my photographs that can be sold for money and the money goes directly to the kid, whether he needs it for medicines or benefits.  You can help a kid out of a problem if he needs surgery, but, it’s also another financial task on his parents to put together an operation that will fund his sustaining medications and treatments.  So, I am a team member of 2 or 3 young people that might need a hand like that.  Sometimes I help a little sometimes I help a lot.  Why not give to a young person in need that has their whole life ahead of them.”

JOHN:     “Well, I remember back to some of the nice people that I have met at the top.  I’ve had some good talks with Elvis, had some great talks with David Bowie, had fabulous talks with James Burton. I like to connect with people. Most entertainers know about life, know about spirit, know about faith and know about hope and they pass it on.  They trade their talents and their efforts into guidance and incentive and the spirit of helping, it makes one feel good.  I thank my Mom and my Dad for being who they were because they gave me the spiritual foundation that I grew up on.  I have my mother’s heart and my father’s brains.  My parents never ever expressed 1 negative word about my dreams, or goals, even though they didn’t understand them.”

JOHN:       “We will see where all my story telling goes.  I have worked with everyone from Abba to Led Zepplin, now it’s time to tell the stories.” 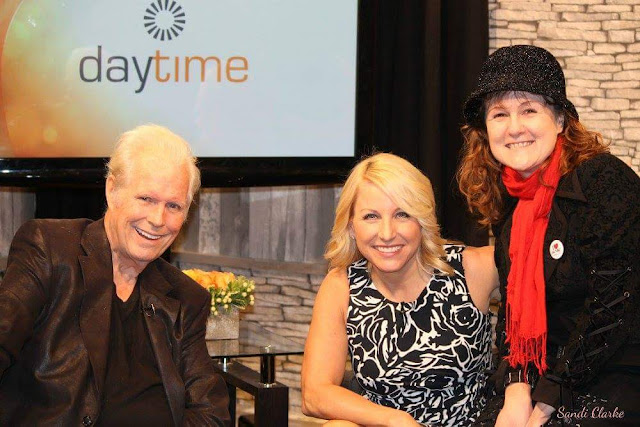 Thank you Rogers TV-Sandi Clarke and Denise Marek for allowing John to share his work and tell the stories of his 57 year photographic career. 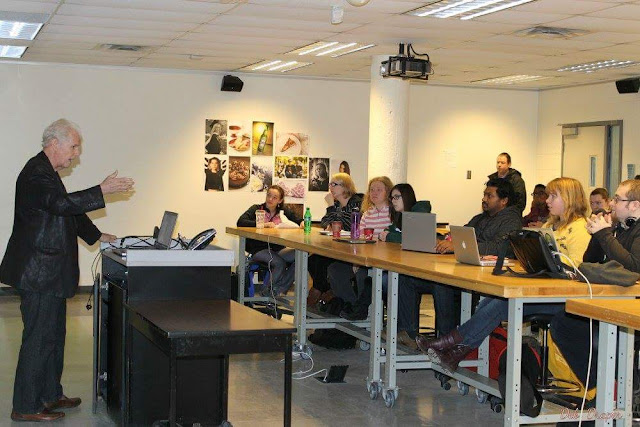 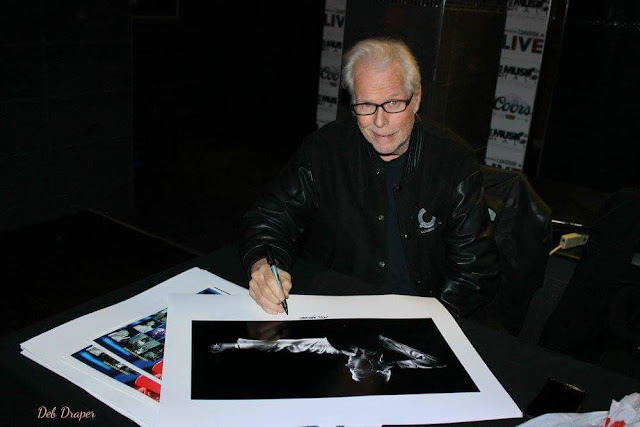 Thank you Shamus Black of Ultimate Artists Live and Michael Bell for including John Rowlands on your BOWIE LIVES David Bowie Tribute Event at Music Hall Nightclub and Concert Theatre Jan. 28th for his fan meet and greet in Oshawa. 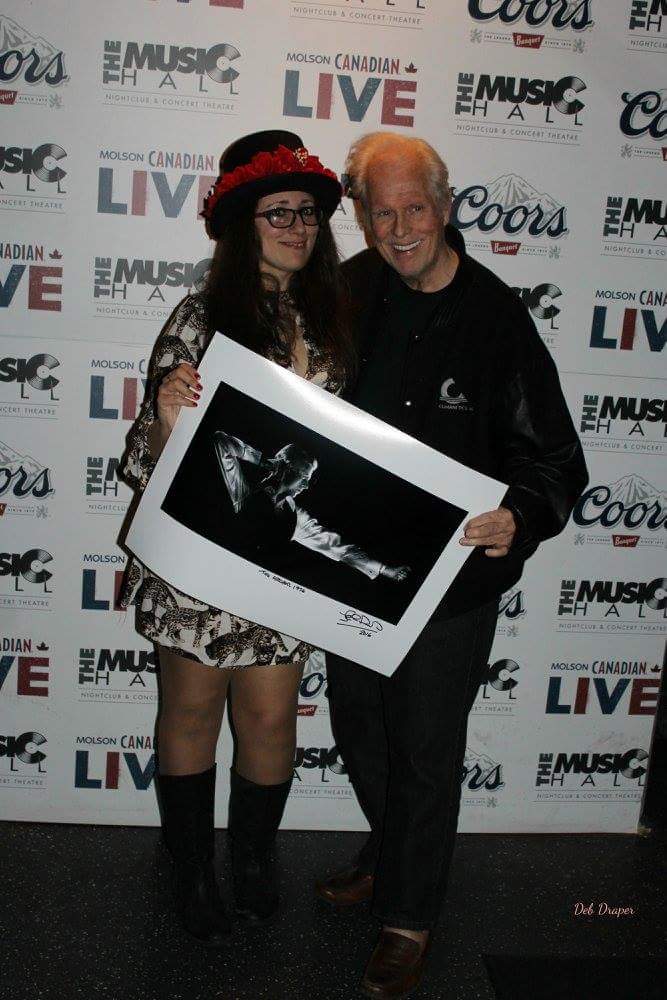 JOHN:         “So many things have changed in the music, recording business.  What is my advice?  I can’t ask anyone to follow my trail……it isn’t there to follow anymore. I can pass along the spirit and the hope that young people with dreams never ever give up on YOURSELF…………Keep your dreams, focus on your dreams.  Take one step at a time, it’s not going to happen in 2 weeks, but always GO FOR IT!!! ”

Thank you to my friend and mentor

Mr. John R. Rowlands for your time and this incredibly insightful interview, one I will truly treasure.