Most museums enhance a pace of peace, but, what I experienced at the ROM’s Friday Night Live May 26th and June 2nd theme nights, was the opposite of quiet, truly something imaginary.  It was an incredible sight to see, totally thinking outside the box, a fantastic marketing concept.  FNL theme experiences began at The Royal Ontario Museum (ROM) on April 20, 2012 with the goal to intrigue new and younger visitors & to encourage appreciation for art, history and culture.  ROM’s Friday Night Live Presented by FORD Motor Company of Canada Ltd. is in it’s 6th year and into it’s final weeks of season 11 ending on June 30th.  Each season runs Spring and Fall for 10 weeks each, unfortunately, I was a late bloomer this year, I missed the first few and last 4 Friday evenings.  I was thoroughly excited to be included May 26th with the theme, FLASH. This event focused (no pun intended lol) on The Family Camera.  My favorite 80’s new wave act, music Icons, SPOONS kicked it into high gear with their well known hits “Old Emotions”, “Romantic Traffic” as well, reving up their old fans and new younger fans engines with their new dub step version of “Nova Heart” from their 2nd album Arias and Symphonies, then finishing off the night with an encore of “Arias & Symphonies.”Each SPOONS performance is like time standing still.  As if the pause button was stuck and just released, taking us back in time, captivating us with those songs we grew up on, fell in love with oh so many years ago.  Surprising us with 2 new songs: “Beautiful Trap” and “First & Last Time” and they are further thrilled to share, releases of these songs in near future followed by a NEW album or EP in the Fall 2017. 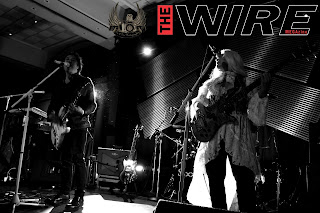 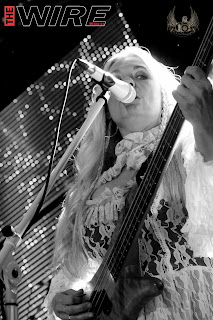 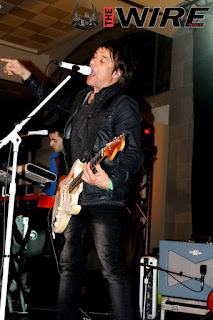 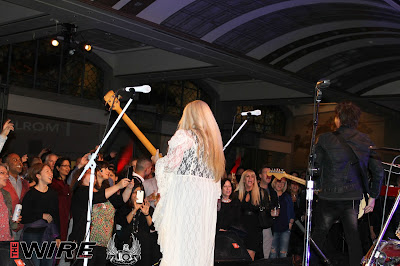 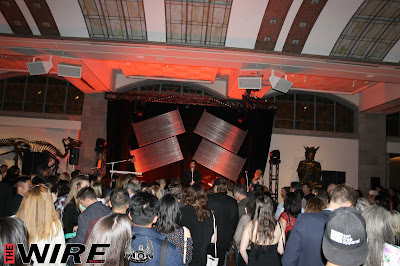 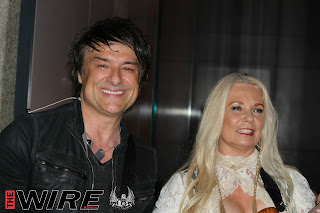 Catch their next big performance at Steve Brown Sports Complex,

June 2nd DINO-NITE was about all things dinosaurs! YAY!!  I got to explore information regarding their 75 million year old NEW species of armored Ankylosaur.  They are plant eaters and 1 of the best preserved skeletons ever found by the ROM, named ZUUL, after the monster in Ghostbusters.  It was accidentally found on a dig by excavators 25 km south of the Alberta border.  This youtube linked video below is filled with details on this rare one-of-a-kind find. 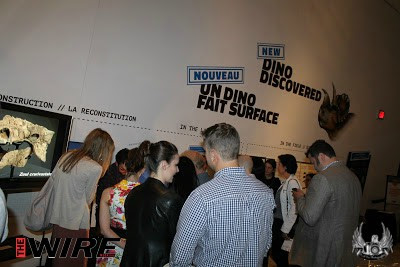 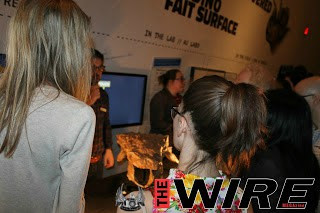 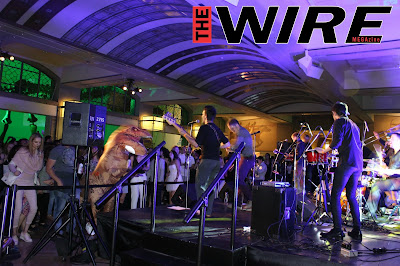 Yasgurs Farm provided rock, funk and blues with their professional 10 piece sound from University of Toronto.  They knocked it right out of the part, with 70’s covers of Stevie Wonder, Paul Simon and so on, it was magical to witness the sea of thousands, especially the younger ones singing the lyrics along side patrons of my generation.  Catch their next performance July 7th at The Toronto Fringe Concert Series at Scadding Court Community Center. FREE! .   http://yasgurs.ca

Up on C-5 lounge was the delicious sounds of 5 piece Zim Zum Jazz band.  The view was spectactular! A floor to ceiling glass wall was the stage back drop with the CN Tower in full view, all the while the INDIE 88 dinosaur mingled and got her groove on.  Catch them next at the Toronto Jazz Festival 2017. 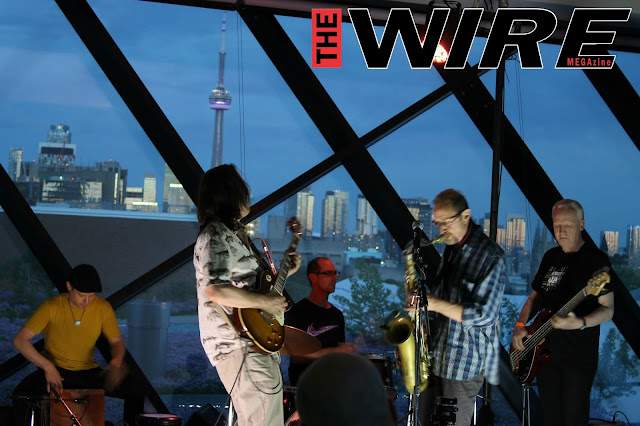 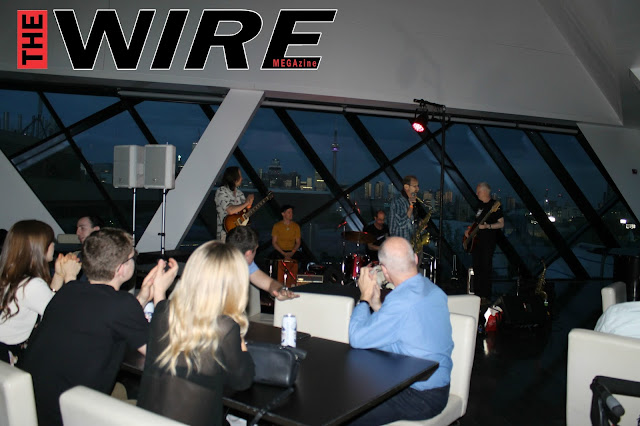 This is truly a one-of-a-kind Toronto hot spot which starts at 7:00 PM with most floors and exhibits open until 11:00 PM with musical entertainment found throughout the museum ranging from superstars, to local acts and the hottest DJ’s spinning hits ranging from yesteryear to today’s top club tunes.

Royal Ontario Museum is one of the largest in Canada and North America, who see over 1 million visitors yearly. These Friday Night Live events introduce the ROM’s splendor & encourage new members to indulge in the 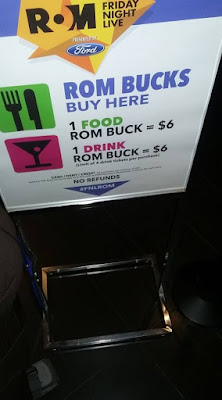 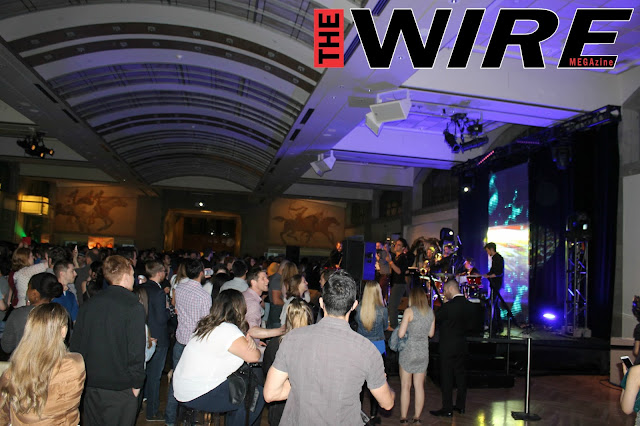 As I joined thousands of patrons inside I was amazed at how the bright hues, groovy tunes and scrumptious smells of Toronto’s finest foods actually peeked my interest. It was unique to add in the portable bars, seeing everyone dressed up in their finest attire, hitting the dance floor, while historical artifacts surrounded on display, totally making this one of the rarest club feels I have attended.  This combination definitely appealed to most, as the line ups for ROM Buck tickets were lengthy.  The more time I spent people watching, I was surprised at the nightclub customer demographics being around the mid 30’s, totally expected the crowds to house the under 25’ers, so I didn’t feel so old.  With 6 million items on display in the 40 plus galleries not to mention the brand new additions since my last visit in 1982, leaving me totally not capable of fully viewing its entirety in just one evening, enticing my return visits to be able to explore and capture all that the ROM has to offer. 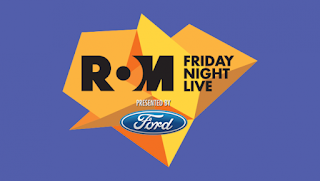 Though not able to attend all Friday Night Live programs, I also missed out on May 5: Splash; May 12: Fashion; May 19: Get out of Town.  I really was disappointed that I couldn’t attend the June 9th theme: LOVE which explored the eternal forces of attraction, romance, lust and sexuality through art, culture and nature with performances by legendary award winning Carole Pope, as well, by DJ Lina Bradford, along with Sofonda Cox and Friends, also took to the stage. Also, I was absent on June 16th, the Indigenous life, traditions, and sacred stories of the Anishinaabeg as told through their powerful art over the last two centuries. The new ROM exhibition Anishinaabeg: Art & Power does take you on a journey through an artistic evolution of one of the most populous and diverse Indigenous communities in North America, performances by Association for Native Development in the Performing & Visual Arts (ANDPVA) artists Joey Stylez, Rosary Spence, Sean Conway, and Manifest Destiny’s Child.  However, I was an elite as a media representative for The Wire on Tuesday June 13th, for the pre showing of this exhibit and opening ceremonies.  So stay tuned for the up close blog on June 13th Anishinaabeg: Art & Power and June 13th entertainer, our very own Missy Knott, out real soon.

June 30th Friday Night Live ROM is the last of this season as they host a 150th Canada Day Celebration with a complimentary access to Out of the Depths: The Blue Whale Story included.

If you have not experienced these adventures on a Friday evening, you should and they will be returning for their 12th season this Fall 2017.