STAYING IN TUNE WITH ANVIL

38 years on the road, 16 studio albums, 1 LIVE album, 3 compilation albums, JUNO AWARD, their own movie “ANVIL! The Story of Anvil” & songs on videos games, in movies, their own Novel & still rockin’ strong in support of their 2016 album release “ANVIL IS ANVIL” – Anvil IMPRESSES SOLD OUT SHOW at Spot One Grill and Music Hall on Rutherford Road in Brampton on August 19th, 2016. 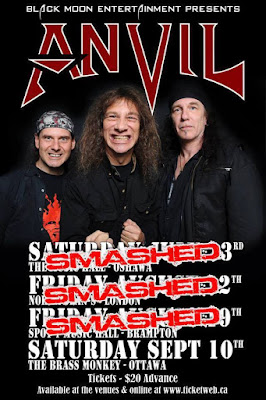 Entertainment Specialists Shamus Black and Todd Farhood of Black Moon Entertainment and TC Management, deserve a standing ‘O’ for presenting 4 sold out/smashed Ontario Anvil shows that hosted top notch local artists at each venue, this Summer.  This spectacular Aug 19th performance was held at Spot One Grill and Music Hall 289 Rutherford Road in Brampton, special thanks goes to Wolfie Pinto and staff for great hospitaly durimg this full house event.  Local Brampton based blue collar hard and heavy rockers, Demolition Rage’s Fabio LaRocca, Kevin Brazolot, Cameron Cathcart and frontman George Petkovski kicked it into high gear, stayed true to their hard metal craft of originals from both albums ” Murder by Numbers ” and they left “No Room For Silence” as they rocked it’ loud and proud, was an awesome sight to see a sea of Demolition Rage fans crowd the stage decked out in DR shirts.  Next show for Demolition Rage is October 2nd Culture Day in Brampton at 500 Ray Lawson Blvd 4pm, followed by high profile performance in the open spot, on Oct 21st, for the 5555 Dundas Street West – Rockpile Night Club’s presentation of The Killer Dwarfs.  $22.50 tickets are selling fast, hurry don’t delay, contact Kevin, Fabio, Cam and George on Facebook today or go to www.demolitionrage.com 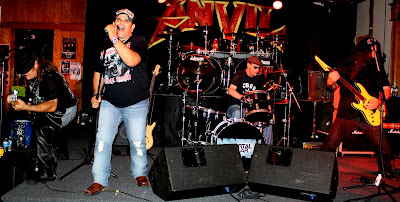 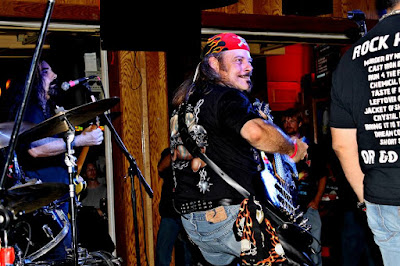 Next was Brampton’s Veteran speed metal masters- Mortal Fear.  They rocked in direct support of ANVIL and were out “To Destroy” any thoughts that older men can’t rock, because that they did.  At one point lead singer Ken Munro’s goatie was bent left while thrashing about.

Keep in tune with Mortal Fear by visiting http://www.mortalfear.ca/the_band.php 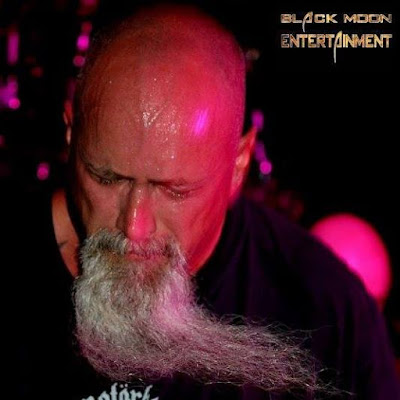 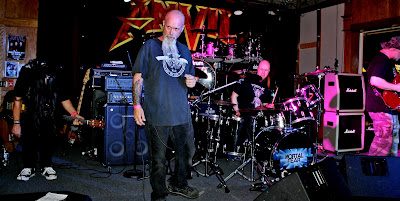 Mortal Fear and Demolition Rage are hard working blue collar family men, that filled the crowds with intoxicating beats, hypnotic lyrics, shredding guitar, tons of leather and hair thrashing,  proving there is NO age barrier when your passion is bringing your talents to the masses.  Both sets were filled with hard, heavy, raw and real intensity with extreme energy.

JUNO Award winning Canadian Hard Rock band ANVIL kicked off their set with Steve ‘Lips’ Kudlow captivating smack dab in the middle of the audience, as fans swormed him as he performed “March of The Crabs” then he rejoined Robb Reiner and Chris Robertson on stage for a fan freakingtastic performance of Metal Magic with one “Baddass Rock n Roll” hit after another.   Bringing us back to the good old days in the 80s where they pioneered heavy metal hair bands and influenced the careers of many notables including Megadeth, Slayer, Anthrax and Metallica.   These “Winged Assassins” left us “Up, Down, Sideways” especially when Steve “Lips” Kudlow entertained us on his Red Flying V guitar and Vibrator while performing “Mothra”.   Completely driving us wild as we all sang the lyrics to the closing hit ” Metal on Metal”  I do believe that this was one of my favorite live up close and personal club shows to date. 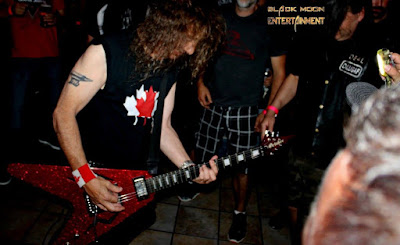 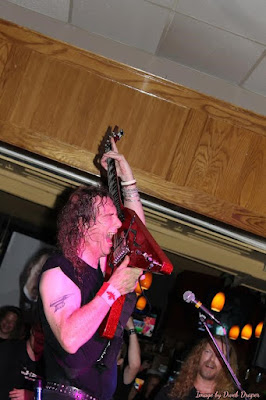 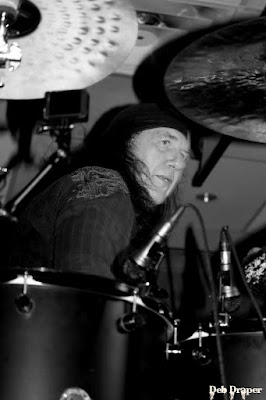 ANVIL are about to embark on a Japan Tour Oct 4-7th, 2016 after their last Canadian date in Ottawa at the Brass Monkey on September 10th.  Then they are off on a UK and  European Tour starting 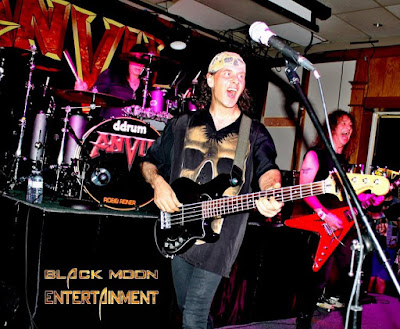 Photos taken and submitted and are copyright to Deb Draper