I had the pleasure of attending Friday, August 18th to capture the talent backstage and to review the amazing lineup of A list super stars, up and comers, Award Winners and Peterborough’s songbird Missy Knott. 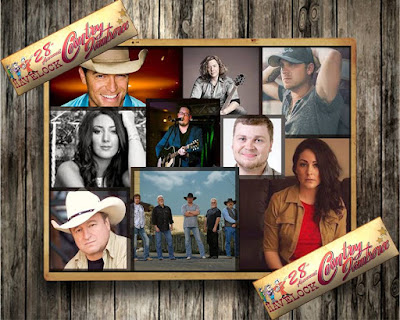 Everyone knows me well enough that red meat and ice cream are my favorites at a festival, but, a no no for my digestive system.  However, I just had to follow that delicious scent.  That red meat savory scent was driving me crazy and kept watering my mouth.   My nose directed me and sure enough, it was Peterborough’s DR. J’s BBQ and Brews, I was tracing after, so when in Havelock or Peterborough, you just have to!! 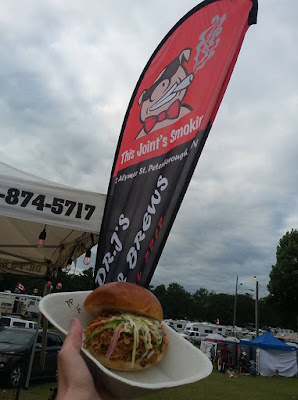 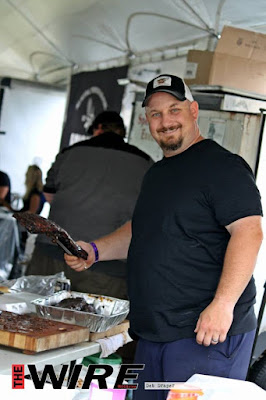 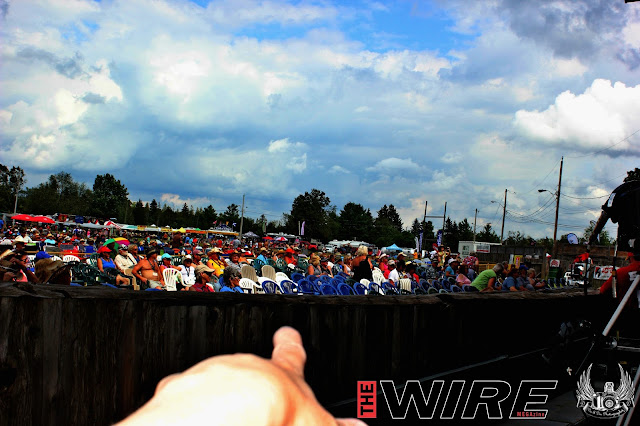 The weather was just a tad humid before the rains came, and stinkin’ hot right after they faded, however, the weather did not detour the fans. 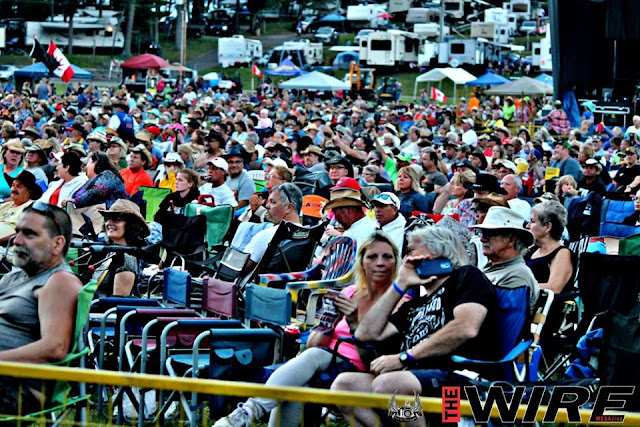 The 28th annual Havelock Country Jamboree was a hoot and a holler, drawing in thousands of all ages music fans. We joined the sea of 1,000s of chairs lining across the sun dried field enduring high humidity for most of Aug 18th, until late afternoon as skies grew heavy and the rains came, though short lived.  Fans poured in to catch a glimpse and meet the 25 acts throughout this 4-day adventure; some returning all the way from Texas. The festival has always featured a mix of veteran stars with hidden gems on the rise in the country music scene, with over 3,800 musicians played the twin stages the last 28 years. 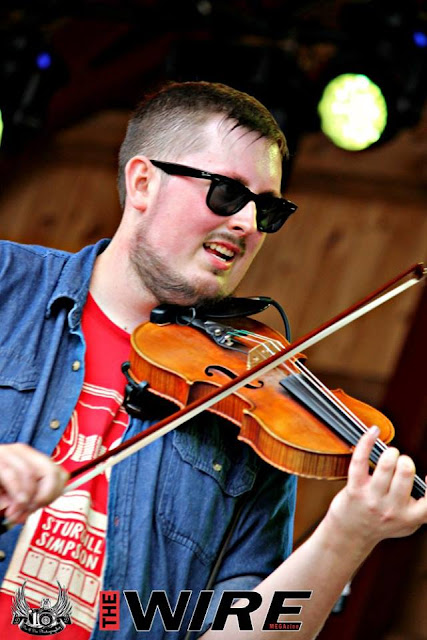 The Next Country Music Star 2017 winner, Greg Williams was impressive! This seasoned award winning musician knew how to engage the audience with his humor, always with one instrument or another in hand throughout his mind blowing set. They performed his originals like “Leave the Bottle Therapy.”  He was featured throughout the festival 4 more times on fiddle with George Canyon, Ambush, at the Action Tent with The Jordy Jackson Band & with Confederate Railroad on “Fast Cars, Guitars and Fine-Tuned Women.” I adored his version of Charlie Daniel’s fiddling hit, “Devil Went Down To Georgia.” http://gregwilliamsmusic.weebly.com 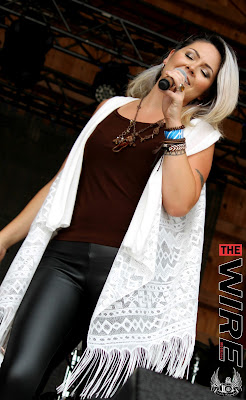 I got chills when Curve Lake First Nation’s, multi-award winning, Nashville Recording, singer, songwriter & Peterborough’s very own, Missy Knott lit that stage a blaze while donning an outfit from Lakefield’s Celtic Connection. Accomplished & ambitious, Knott presented an upbeat atmosphere during her 1st performance upon the infamous twin stages. She carried herself effortlessly during her 1-hour set as she treated the audience to her versions of George Strait’s “Carrying Your Love With Me,” Sarah’s Evan’s “Better Off” along with, Merle Haggard’s “Bottle Let Me Down” and her breathtaking Patsy Cline Medley. Her originals were transformed by her 5 piece trailblazing assemblage of talented band mates Dylan Ireland, Matt Greco, Dawson McManus, Andrew Shedden and Dean James. This was Knott’s most compelling expression yet, as their playful and ambitious sides simply exploded as they became one with the legendary stage beneath their feet. Captivating her audience with her richly textured pieces straight from her soul, introducing “My Sister’s Heart” & “Letters To You” from 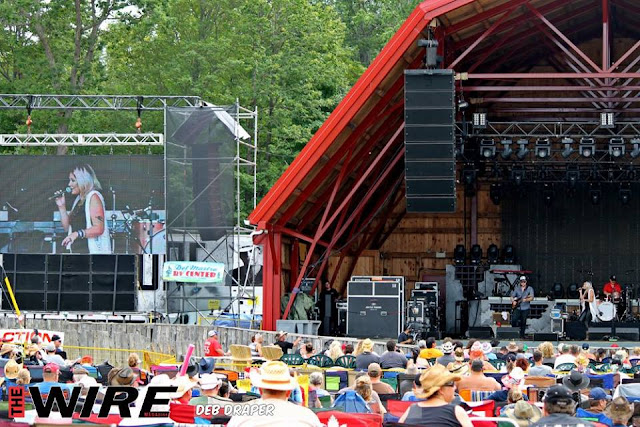 her 5th EP My Sister’s Heart (Co-written and produced by Crystal Shawanda), “One Last Touch” from Love Affair, “Erica’s Song” from her 1st album-2009 No Reason At All. 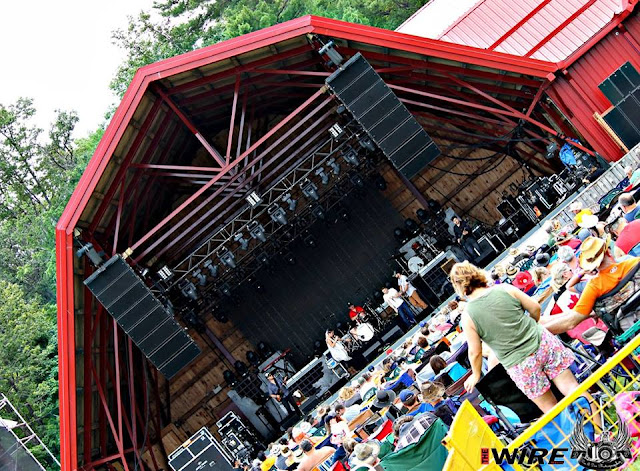 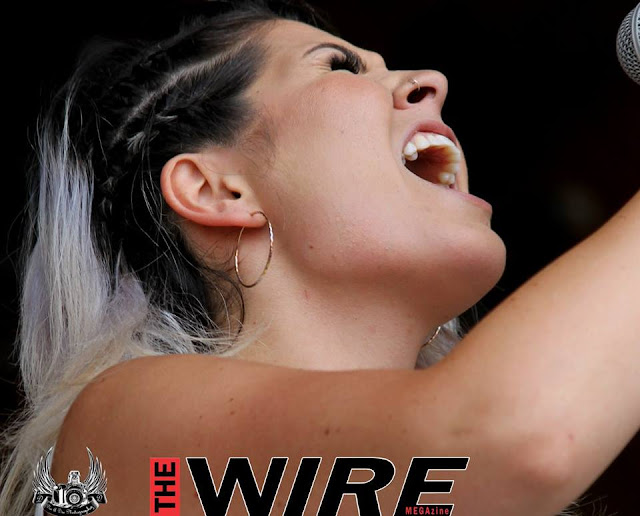 Her songs are an extension of herself, truly laced with emotion and innocence. This was the most polished I have seen her, rich in complexity/tranquility as she unleashed her true self. Missy further presented her past hits “The Haunting” which was written with Steph Wright and The Spades, then her “True Love Waits” which was done with The Spades but, written with Sam Ferguson; both from her Runaway EP. “Our Song,” from My Sister’s Heart EP was the perfect gem to leave the audience wanting more. 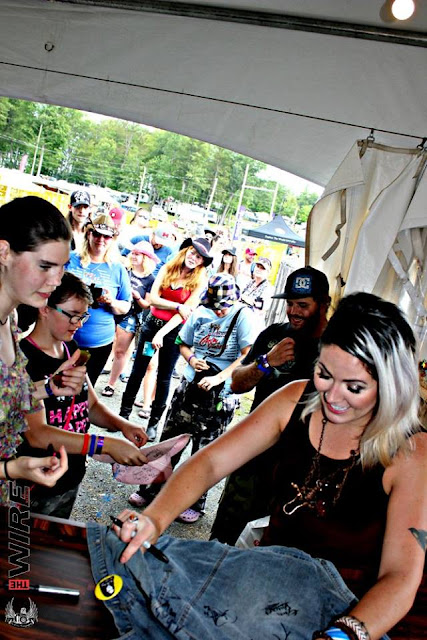 She sounded ebullient and happy as she left us all inspired & motivated. Thanks for resonating in the hearts of many.   www.missyknott.com 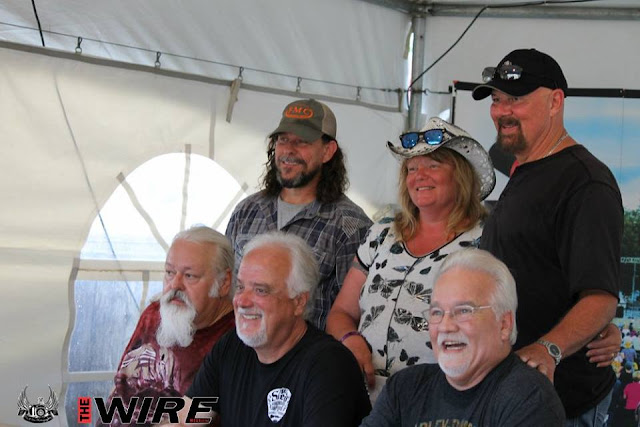 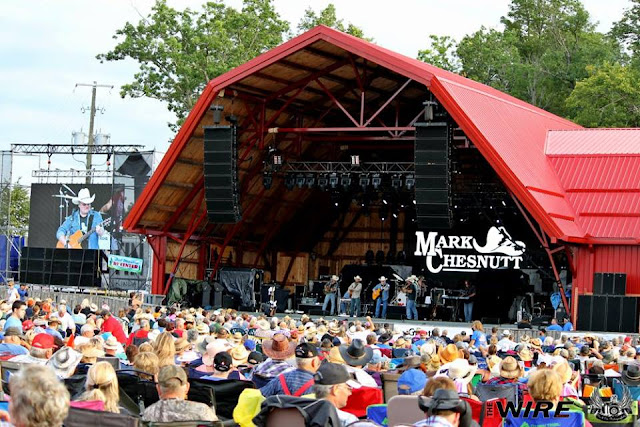 Rain stopped and I re emerged to capture the evening’s stellar lineup starting with 2 time CMA award winning traditional country artist Mark Chesnutt.   Striking a chord in his 29th year with his ever growing all ages fan base by his side, belting out hit after hit like “Brother Jukebox” & “Too Cold At Home” from his extensive list of 15 albums, focusing on his latest release Tradition Lives, with strong tracks “I’ve Got a Quarter in My Pocket.”
Proving traditional country will never wane. 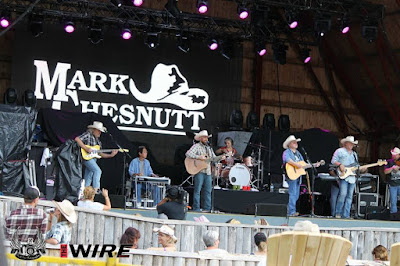 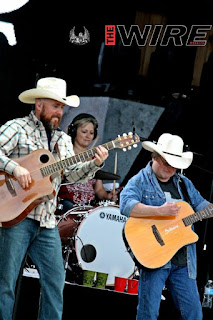 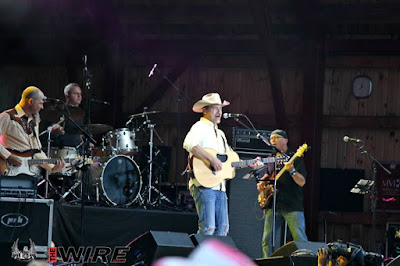 George Canyon.  He celebrated his latest masterpieces from I Got This, his 11th full-length release in a career that has spanned 2 decades. Songs like “Drinkin Thinkin,”  “Better Be Home Soon,”  “Saddle Up” and his latest single “I Got This.” George Canyon warmed many a heart that night as he included fiddler and Next Country Music Star winner Greg Williams, on his remake of Johnny Cash’s hit ‘Ring of Fire.”  This song drew George’s show to a close, asking fans to sing along, splitting the ladies voices from the gentlemen. We competed proudly to see who was loudest. Totally magical to hear the 1,000’s in the audience singing along to his band; unfortunately, recalling the male voices were superior. www.georgecanyon.com 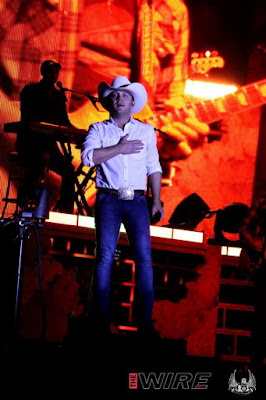 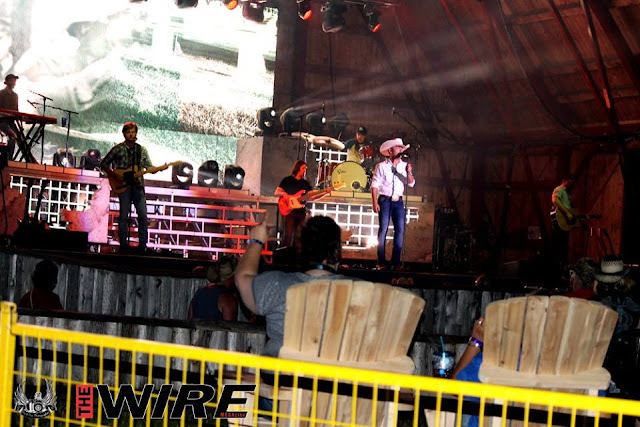 Justin Moore. He drew in the younger crowd with his sixth chart-topping single “You Look Like I Need a Drink” & his No. 1 hits like “Point At You” & “Kinda Don’t Care” just to name but a few. Revving up the crowd with “Somebody Else Will” as he was “Lettin’ the Night Roll.”www.justinmoore.com
RIGHT ON , RIGHT ON, MARHSALL DANE DELIVERED!! 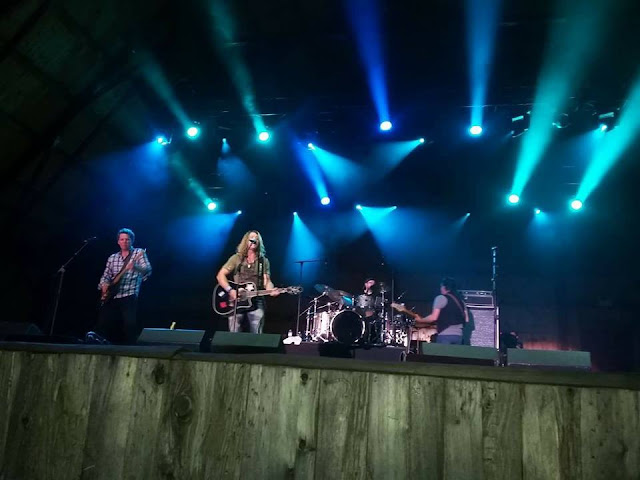 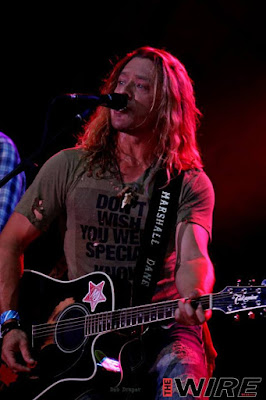 5 x CMAO Nominee headliner was a work of genius, he presented a fun filled show of sheer energy, having his audience dancing everywhere.
He nailed it with a one-of-a-kind rousing showcase filled with his melodies that seep into your brain with each mesmerizing track.  He promised us a “Good Life,” right after he sang about making “Bad Choices,” which clearly Marshall has made all the right choices as he has legions of fans world wide.  “I’ll Be Your Whiskey” sure melted many a heart, having the ladies wishing to be his “Forever Girl” or even his “Sure Thing.”  You knew Marshall was “Back In Town” as the “Man of The House” as the cell phones and lighters lit  up the night sky, as he performed a solo acoustic “Letting Me Go.”  “One of These Days” Marshall Dane will wear that crown of country music as he is the next music icon on the horizon, driving the crowd nuts as he broke into, my favorite Marshall Dane songs,
“Alcohol Abuse” & ” Love and Alcohol.” 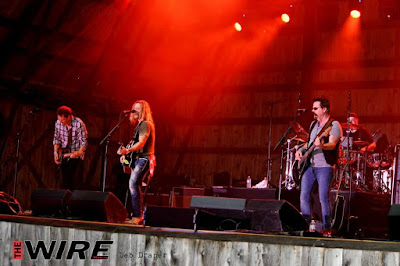 He rocked the crowd with their explosive version of Blake Shelton’s version of “FOOTLOOSE,” totally driving the audience into a frenzy, as the fans imitated dance moves and fancy foot work while screaming the lyrics aloud.  His newest stratospheric and sexy single “Motorcycle,” was another brilliant addition.  Nearing the end of the show, I was teary eyed when he let the audience engage their pipes in a spirited cover of “You Are My Sunshine,” truly priceless. Marshall Dane 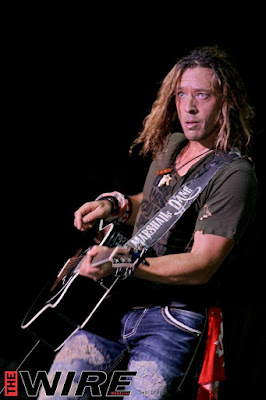 gave his blood sweat and tears into his meaty and juicy flavored headline performance, revving up to close the Friday night, encouraging his MD fans to “Stay Up Late” and enjoy the festival since “The Rain” ceased.  What an eye popping & highly entertaining showcase.  Hurry don’t delay, make sure you slide on over to see what Marshall is up to next at www.marshalldane.com 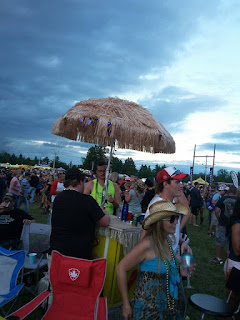 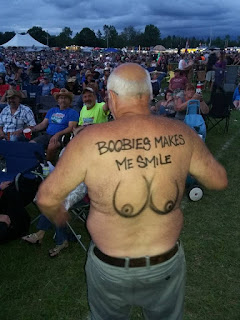 It surely wouldn’t be Havelock without unique costumes and the thirsty creative party goers and their one of a kind portable bars or body art.  Some came strictly for the party, not the Country Music, cranking their 80’s metal loud & proud, ahem, was annoying to some, confusing to others, I just shook my nogging and laughed, oh to be young again. 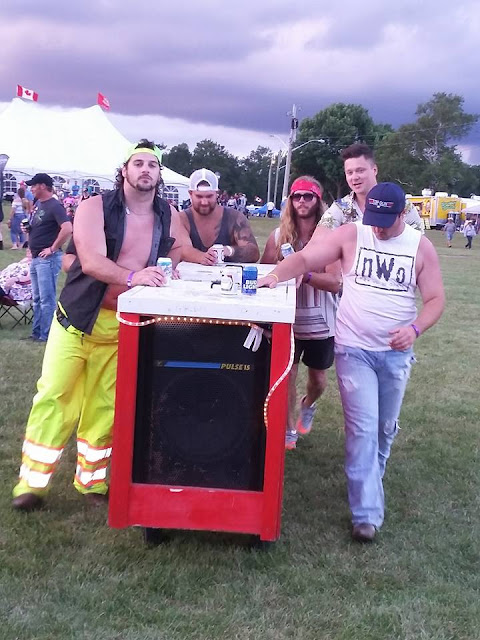 Cheers to the 2018 season, stay in tune and get your Early Bird Festival Pass to camp, VIP front row seats and so much more.  Contact Toll-free (800) 539-3353 orinfo@havelockjamboree.com for all your ticketing needs.