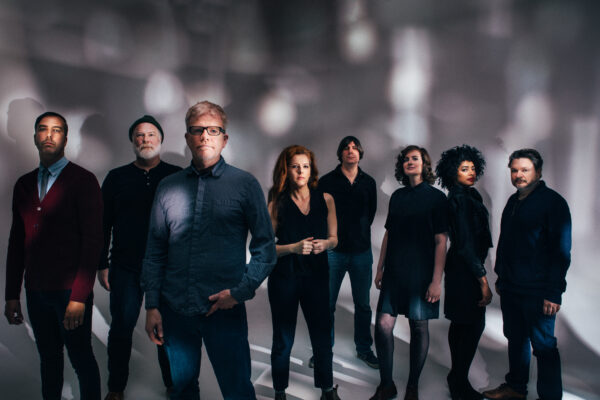 Proving there’s strength in numbers since forming in 1997 in Vancouver, indie rock band The New Pornographers’ remarkable success remains a testament to the musical magic that is inevitably conjured when the very talented come together as one entity.

With eight studio albums to its credit – the latest being In The Morse Code Of Brake Lights – The New Pornographers’ winning formula of combining multi vocalists with power pop elements has consistently won the band critical acclaim.

The New Pornographers’ name was chosen by Carl Newman, who has since revealed he came up with it after watching a Japanese film called The Pornographers. Three years later, the band released its debut album Mass Romantic – the first of four albums placed in the top 40 on The Village Voice’s Pazz and Jop year-end poll of hundreds of music reviewers. From 2000 to 2006, either a band’s album, or a solo album released by one of the band’s members, ranked in the top 40 on that list each year.

But the accolades didn’t stop there. In 2007, Blender magazine ranked Mass Romantic the 24th best indie album of all time. And, in 2009, Rolling Stone magazine ranked the band’s second studio album Electric Version at number 79 in its listing of the 100 Best Albums of the Decade.

All of The New Pornographers’ original members were prominent on the Vancouver music scene prior to forming the band. Notable among them is singer Neko Case whose exceptional career as a solo artist saw her release seven albums and receive a Grammy Award nomination in 2014 for Best Alternative Music Album for 2013’s The Worse Things Get, The Harder I Fight, The Harder I Fight, The More I Love You – likely the long song title in the history of music, modern or otherwise.

Alongside Case, the current band configuration features original members John Collins (bass), Dan Bejar (vocals/guitar) and Newman (vocals/guitar). Also in the mix are Todd Fancey (lead guitar), Kathryn Calder (vocals/keyboards/guitar) and Joe Seiders (drums/vocals). Touring with the band as a backing vocalist and percussionist since coming into the fold in 2021 is Nora O’Connor.

Released in 2019, In The Morse Code Of Brake Lights has spawned three singles to date, the first being Falling Down The Stairs Of Your Smile followed by The Surprise Knock and One Kind Of Solomon. Earlier charting singles in Canada include Your Hands Together (2010), Brill Bruisers (2014) and High Ticket Attractions (2017).