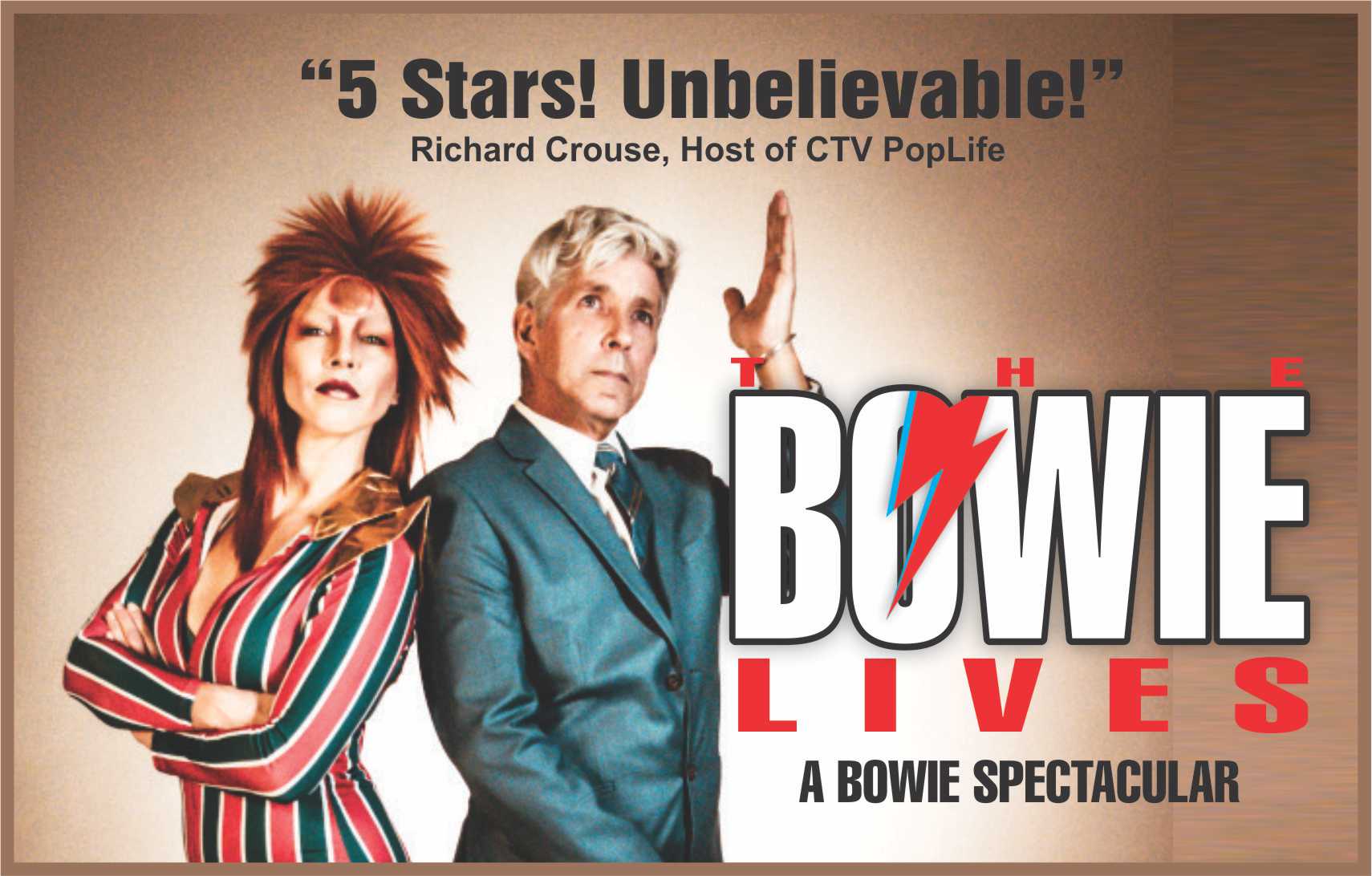 says Sam Grosso, Cadillac Productions, Toronto Ontario. They’re talking about the “The Bowie Lives” Canada’s most sensational Bowie Spectacular! Michael Bell is an award-winning vocalist who channels the sound and styles of David Bowie, and with the help of an all-star band, theatre and costumes, captures the imagination of fans young and old.

Michael’s first theatrical production “ChangesAllBowie” toured the “A circuit” in the late ’80s. He hung up his “Ziggy” in the early ’90s and never imagined professionally performing Bowie again! After David’s untimely death on January 10, 2016, his calling returned, as did the industry interest. Contacting long-time musical director Michael Beauclerc, they began auditioning players to fill out a band capable of performing some of Rock’s most challenging material. The Bowie Lives bring all the hits to the stage, from Space Oddity to Lazarus, and everything in between.

The Bowie Lives, pre-show includes the Bowie Bazaar; collectibles bought and sold, Bowie make-up and costume props to help you get your “Bowie On”, photo opportunities and more! Come in costume dressed as your favourite David!

Michael is also the subject of an upcoming documentary film “Being David Bowie” slated for release in 2022.