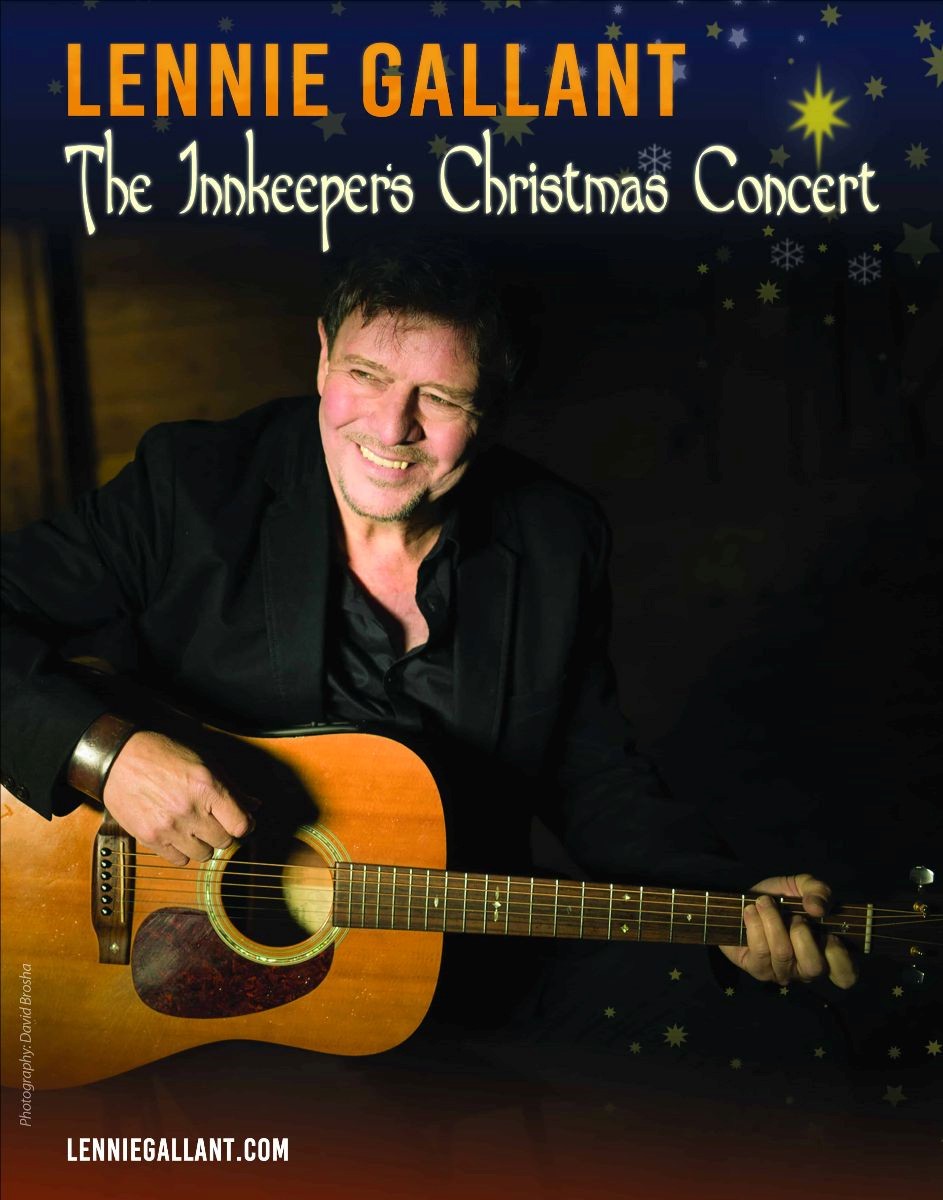 For several years, Gallant has performed new editions of The Innkeeper’s Christmas in Atlantic Canada to sold out crowds. With the release of his first and long-awaited Christmas album, Christmas Day on Planet Earth last November to much praise and critical acclaim along with the formation of his new band – including partner and Acadian star Patricia Richard, multi-instrumental phenom Keelin Wedge, and piano marvel Julien Robichaud – this show promises to be the best one yet!

“I’m very excited about taking this show on the road! I have a fabulous and energetic band with me ready to play a Christmas show with a difference! Get in the spirit and join us for a visually rich, fun, and original take on the holiday season. As one of my songs says: I’m Gonna Have a Merry Christmas Even If It Kills Me!” laughs Gallant.

Over the years, PEI born, and bilingual artist Gallant has won a host of awards and nominations, including JUNOS, Canadian Folk Music Awards and 19 East Coast Music Awards. His music transcends boundaries, and he has written and performed in folk, rock, Americana, and Acadian genres. He has recorded 14 albums of original songs, 11 in English and three in French.