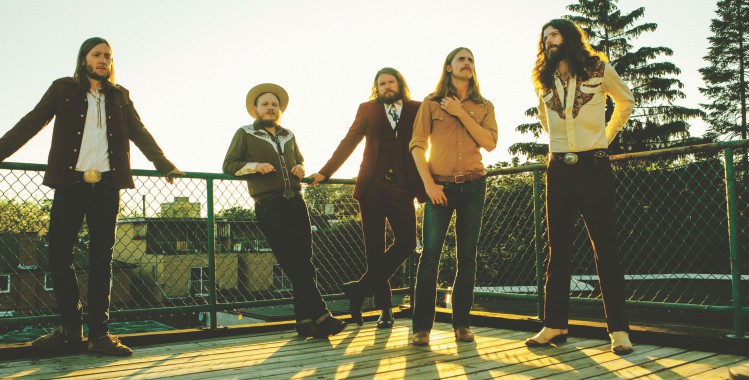 Peterborough Musicfest is proud to present three-time Juno Award-winning rock band The Sheepdogs on Wednesday, July 24, at 8 p.m. – one of 16 performances presented this summer as part of the concert series’ 33rd season.

Formed in 2006 in Saskatoon by Ewan Currie, Ryan Gullen, Sam Corbett and Leot Hanson, The Sheepdogs self-released their first three albums with the third disc, 2010’s Learn & Burn, eventually certified platinum in Canada, and upon its re-release in 2011, bringing the band three 2012 Juno Awards – Single of the Year for I Don’t Know, Rock Album of the Year and New Group of the Year.

Buoyed by their appearance on the August 2011 cover of Rolling Stone – the first unsigned act ever featured on the storied magazine’s cover – The Sheepdogs released a self-titled album in 2012 which spawned the hit songs Feeling Good and The Way It Is.

With Rusty Matyas in the mix, replacing the departed Hanson, the band recorded its fifth studio album, Future Nostalgia, in 2015. That same year saw more band personnel additions in the form of Jimmy Bowskill and, later, Currie’s brother Shamus.

The Sheepdogs’ latest album release, 2018’s Changing Colours, saw the band nominated in two categories at the 2019 Juno Awards. It features the singles Nobody, Saturday Night and I’ve Got A Hole Where My Heart Should Be, which hit number one on the Canadian rock charts.

Peterborough Musicfest is particularly delighted to welcome Bowskill back to the Fred Anderson Stage – nine summers after the Bailieboro-raised singer and multi string instrumentalist last appeared at just 19 years old.