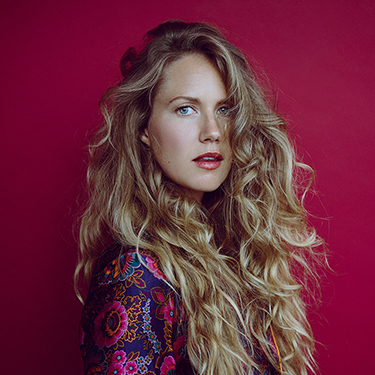 Separate Rooms, the third full-length album from Toronto singer-songwriter Megan Bonnell, is the timely and bold statement of a self-assured woman navigating an increasingly dark and perplexing world. Bonnell has never been easily pigeon-holed into the predictable mold of the singer-songwriter and Separate Rooms embraces this edict, turning traditional musical genres on their heads. With her hallmark honesty, Bonnell effortlessly tackles such intense subject matter as mental illness, early pregnancy loss, and the dissolution of love. But, the new album is also a contradiction – it’s a lover’s appeal for space and independence and, at the same time, a desperate yearning for young and innocent love.

Megan Bonnell is quickly becoming one of Canada’s leading voices as a songwriter, performer, and artist. A two-time Canadian Folk Music Award nominee, Megan has spent the last three years touring Canada, the US, and making groundbreaking debut performances at European festivals including BIME Live Festival in Bilbao, the Barcelona Jazz Festival, and The End Festival in London.