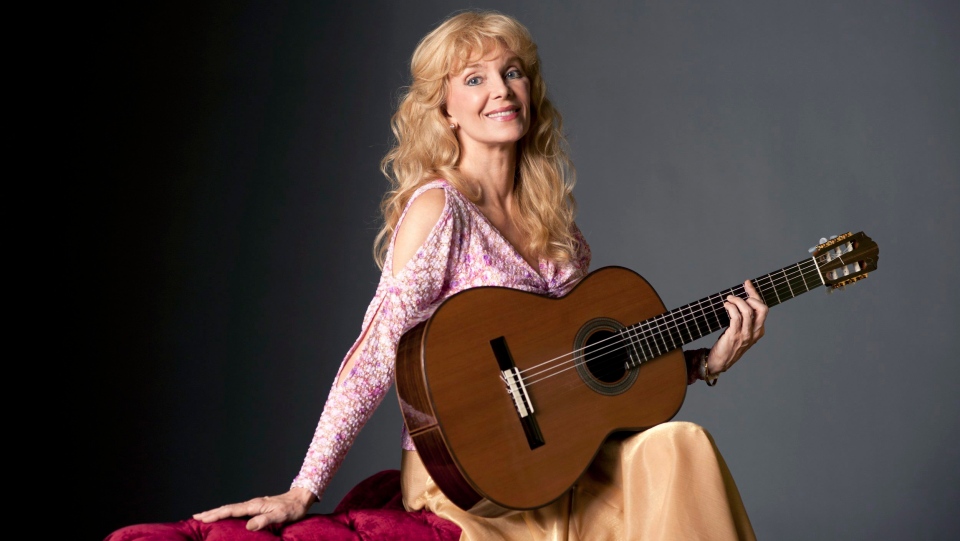 An Intimate Evening With The First Lady of the Guitar!
Liona Boyd, since her 1975 debut performance at Carnegie Hall, New York, has enthralled audiences worldwide with her romantic and unique brand of classical, folk and world music. Tracing the timeline—Spanish-British heritage, emigrating to Canada in 1959, “falling in love with classical guitar at the age of 13”, graduating from the University of Toronto with a music degree in 1972—the traditional classical music path seemed quite clear. However, Liona embarked on a far more adventurous journey. In addition to her solo career, she began touring with and opening for Canadian folk legend, Gordon Lightfoot. She went on to perform and record with many artists of diverse genres, a small sampling of whom include Chet Atkins, Canadian Brass, Eric Clapton, Olivia Newton-John, Yo Yo Ma and Al Di Meola. Also spanning a wide range of styles, Liona has released 28 studio, live or compilation albums, five of which went gold, and three platinum